Selling your phone? Then compare quotes from 28 recyclers and get paid cash today to sell my Apple iPhone 4 32GB. Sort by reviews, payouts, returns policies and more! 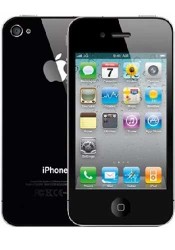 Sell Compare checks prices from leading gadget recyclers in the UK, so you'll get the highest price for your Apple iPhone 4 32GB if you sell today. We do all the hard work by collating 1000s of recycling / resell prices every few hours, so you don't have to check each website individually.

We couldn't find a quote for the below recyclers. Check each site manually:

The iPhone 4 was the first of two handsets from the fourth generation of iPhone. It first unveiled on the 7th June, 2010 and was released a couple of weeks later. It was the thinnest smartphone in the world at the time of its release, being 24% thinner than the previous model, the iPhone 3GS. It also featured a revolutionary design – something which had never been seen on a smartphone before. The design consisted of a stainless steel frame, which also served the purpose of the antenna, and the internal components were situated between two panes of aluminosilicate glass.

The iPhone 4 was also the first iPhone to feature the high-resolution retina display, which had a pixel density of 326PPI, while remaining the same size as the screen on previous models of iPhone Existing iPhone applications were usable on the iPhone 4, however they were updated by developers for optimum viewing experience. The iPhone 4 introduced Apple’s latest chip, the A4 system-on chip and iOS 4, which was also used in the original iPad. The most noteable feature of iOS 4 was the additional functionality of being able to multitask. The iPhone 4 was also the first iPhone to feature a front-facing camera - which was capable of taking VGA-quality photos – as well as the FaceTime app. The rear of the phone featured a 5 megapixel camera which was capable of high definition (720p) video recording at 30 frames per second. It also had an LED flash. The iMovie app for the iPhone introduced the possibility of on-camera video editing.

The iPhone 4 was the first modern iPhone as well as the most problematic. Although the iPhone 4 was praised due to it’s stylish revamped design, it soon became apparent that it had its fair share of technical and design issues. The fact that the antenna was built into the stainless steel frame meant that signal would be significantly reduced if the phone’s user placed their hand on any edge of the phone. Nevertheless, the design of the iPhone 4 was reused and adapted for the iPhone 4S, iPhone 5, iPhone 5S, and iPhone SE. Even today, this design is widely considered among smartphone users  as one of the most popular.

When the iPhone 4 was pre-launched, there were over 600,000 pre-orders within 24 hours. This was the largest number of pre-orders for a mobile phone up until this point. Within 3 days of it’s launch, over 1.7 million iPhone 4s were sold.

The iPhone 4 went on to be the longest serving flagship iPhone for Apple, as it was available as the flagship handset for 15 months. After the introduction of the iPhone 4S, the iPhone 4 was sold as the mid-range model until October 2011, and then as the entry level handset until the announcement of the release of the iPhone 5S and iPhone 5C in September 2013. It’s therefore celebrated as having the longest lifespan of any iPhone ever produced, being in production from mid 2010 until early 2015.