Selling your phone? Then compare quotes from 28 recyclers and get paid cash today to sell my Apple iPhone 4S 64GB. Sort by reviews, payouts, returns policies and more! 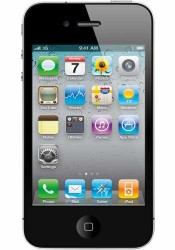 Sell Compare checks prices from leading gadget recyclers in the UK, so you'll get the highest price for your Apple iPhone 4S 64GB if you sell today. We do all the hard work by collating 1000s of recycling / resell prices every few hours, so you don't have to check each website individually.

We couldn't find a quote for the below recyclers. Check each site manually:

iPhone 4S came a day after the death of Apple’s CEO Steve Jobs in October 2011. Although the market was actually expecting an iPhone 5, Apple was still able to deliver with the new model, giving the millions of iOS users more than enough reason to upgrade. Worldwide, the iPhone 4S sold 4 million units during the first 3 days from its launch . People simply found Apple devices to be noteworthy and would always welcome the latest one with enthusiasm. consumers gladly testify that iPhone 4S proved to be a really excellent phone in terms of design and performance.

iPhone 4S is equipped with iOS 5 upgradeable to iOS 7, it can now act as a WiFi hotspot via WiFi, USB or Bluetooth. The smartphone is also capable of playing music, audiobooks, ebooks, television shows and podcasts. Its music player can be sorted according to songs, albums, artists, playlists, genres, podcasts, videos and compilations.

There is also Siri, a speech-recognition computer application unique to the iPhone 4S. This is Apple Voice Assistant where you could ask any information or help and it responds you back. It could provide info through voice and text. This new feature was welcomed by many users who want to use their smartphones while engaged in other activities. Its also perfect for those who have impaired vision or hearing. In addition, iMessage application is as well present to provide unlimited messaging to other iOS users.

iPone 4 received a remarkable upgrade on its hardware as well. Having a mightier A5 processor, It could perform speedier as the other previous iPhone models. Aside from that, a new dual-core graphics chip has been used which Apple boasts as performing up to 7 times faster execution from all other previous iPhones.

This device is GSM and CDMA compatible; this is of great convenience as there is no need to use another handset when switching to other network. It could work well with both AT&T and Verizon networks like some other phones prior to this device. Moreover, Apple works on improving the call quality and dependability of iPhone 4S, that’s why, two antennas are installed which function independently boosting the data speed, at up to 14.4 Mbps download (HSDPA).

With regards to its camera, the 8-megapixel shows nice, high-resolution. It has an up-to-date light sensor which gives you better color temperature. Its faster speed in taking both the first picture and next ones is fantastic. Meanwhile, the video has a glorious high definition 1080p video recording. Taking videos using iPhone 4s delivers clear and sharp results as its lens features less blurring capabilities. Similar to the previous iPhones, the iPhone 4S is capable of making video calls via FaceTime of VoIP applications like Skype, Viber and FB messenger.

iPhone 4S has an ample of nice features to talk about. For newbies, the phone’s fast processor and slick operating system highlights the "smart" in the smartphone, allowing you to multitask and open multiple applications without fear of hanging or crashing. The whole look of the device, although quite similar to the iPhone 4, is still something to gush over as it delivers solid and comfortable touch.