Selling your phone? Then compare quotes from 28 recyclers and get paid cash today to sell my Apple iPhone 6S 64GB. Sort by reviews, payouts, returns policies and more! 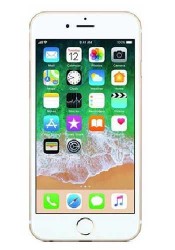 Sell Compare checks prices from leading gadget recyclers in the UK, so you'll get the highest price for your Apple iPhone 6S 64GB if you sell today. We do all the hard work by collating 1000s of recycling / resell prices every few hours, so you don't have to check each website individually.

Announced by Apple on 9th September 2015, the iPhone 6S was released as the sequel to the iPhone 6. Although not much of an innovation, the iPhone 6S has all of the features of the previous iPhone 6, but with a few added features.

The iPhone 6S was released with three different storage options â€“ 16GB, 64Gb and 128GB. The 16GB and 64GB options were later removed and replaced with a 32GB storage option. There was also a choice of four colours, with rose gold being added to the usual gold, silver and space gray options.

How much can I get for selling my iPhone 6S?

The current highest price is Â£279 but this changes every few hours, as we update our prices often. We have buyers standing buy, ready to buy your old phone - whether it's a Samsung or an Apple or any other brand or make.

Sell your iPhone 6s now for real cash. We buy and compare prices on all tech and gadgets, whether it is screen-damaged, deeply scratched or still in mint/pristine condition, our buyers are interested and ready to pay out today.

Just send the phone off to the chosen recycler and they will deal with the transfer and inspection.

When it comes to the design of the iPhone 6S, you would be hard-pressed to notice the difference from the iPhone 6. In fact, the two phones are more or less identical from the outside, with the only difference being the small â€˜Sâ€™ logo on the rear of the handset below the word â€˜iPhoneâ€™.

The build quality of the iPhone 6S is just as you would expect from Apple, and the sleek, rounded body still has that premium look and feel to it. After complaints about the strength of the iPhone 6 and iPhone 6 Plus shell and even reports of people accidentally bending them in their pockets, the iPhone 6S has been made of a considerably stronger material known as â€˜7000 series aluminiumâ€™.

One of the main features that sets the iPhone 6S apart from the previous iPhone 6 is the display. The 4.7 inch screen on the iPhone 6S is the same as that of the iPhone 6 in that it has a full HD resolution as well as a 401ppi pixel density.  This makes for crisp and clear text as well as popping images. The screen is covered in toughened glass with an oleophobic coating that makes it resistant to marks from fingerprints. This means that the display remains relatively finger print free.

In terms of iPhone models, the 6S didnâ€™t have much in terms of wow factor, because the only noticeable difference between this and the previous iPhone 6 is the fact that 3D touch compatibility.

At the time of release, 3D touch was the latest innovation from Apple, and was also found in the Apple Watch and MacBook Pro.

The technology enables the iPhone to recognise the level of pressure that you apply to the display and react according to the amount of force you are using. This makes for a much easier way to manage shortcuts and make use of pop up information. The 3D touch technology on the iPhone 6S was in itâ€™s very early stages of development and so touch options were somewhat limited on this phone when compared to later models from Apple.

The iPhone 6S also had significant performance improvements over the previous iPhone 6. With the newer, faster A9 chip and upgraded CPU and GPU, the iPhone 6S delivers a 70% boost in CPU and 90% improvement in graphics performance.

The iPhone 6 is not a slow phone by any means, but the iPhone 6S is considerably quicker and feels silky smooth to use when compared to the previous model.

Also check out the iPhone 5S, the older model. We compare reycling and resell prices for ALL iPhone models.

What makes the iPhone 6S 64GB so popular?

In it's day, the iPhone 6S was a flagship phone. It boasted excellent performance, a brilliant screen and top-quality camera. Although 4 years have passed since its release, it's still a perfectly acceptable device for coping with basic smartphone functions.

What if my iPhone 6S 64GB has a cracked screen?

An iPhone 6S isn't worth much now, especially in faulty condition. If yours has a cracked screen you should expect to fetch around £18 for it.

How do I get the most money for my iPhone 6S 64GB?

If you've looked after your iPhone 6S then it'll be graded as being in good condition, so you'll get better offers. We've compared the offers from the UK's leading phone buyers and displayed them here, so just select the one you want and take it from there.