Selling your phone? Then compare quotes from 28 recyclers and get paid cash today to sell my Apple iPhone 7 Plus 32GB. Sort by reviews, payouts, returns policies and more! 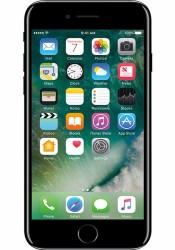 Sell Compare checks prices from leading gadget recyclers in the UK, so you'll get the highest price for your Apple iPhone 7 Plus 32GB if you sell today. We do all the hard work by collating 1000s of recycling / resell prices every few hours, so you don't have to check each website individually.

The recent trade-in price history of iPhone 7 Plus 32GB generally shows an increase. In other words, the used prices of this device are getting higher as it is becoming more desirable. This normally happens if your device is reasonably old and may appeal to those on a tighter budget, or (more likely) people who are looking for parts. It may even be to strip down or re-sell in a third-world country - here's why. Remember: It is very unlikely that prices will keep on increasing for ANY used electricals.

About selling your Apple iPhone 7 Plus 32GB – prices, trade-in, reviews

The Apple iPhone 7 Plus was launched in the UK and globally in September 2016. It is the successor to the highly acclaimed iPhone 6S Plus. As such, it brings a multitude of enhancements in key areas, including design, performance, and user experience. While the overall shape and size of the phone have been left intact, there are now glossy and matte black options available. Also, the handset is now IP67-certified, making it water-resistant.

On its rear side, the refined 12MP camera features optical image stabilization, wider aperture of F1.8, and a quad LED TrueTone flash for better low-light performance. Battery life has been given a welcome boost that could provide users around 2 hours of additional use time. The new A10 Fusion chip is up to 40% more powerful than last-year's A9, yet promises great power efficiency. And while the iPhone 7 Plus lacks an audio jack, the box includes Lightning connector EarPods, as well as a Lightning to 3.5mm adapter.

The Apple iPhone 7 Plus flaunts a 5.5-inch HD Retina display with 3D touch feature. Its display uses the same colour space as the digital cinema industry, that renders good quality visuals. The device comes in a fully metal clad body and also has IP67 rating for water and dust resistance. Platform and Performance The device is powered by Apple A10 Fusion chip, which is claimed to be the most powerful and efficient chipset in any smartphone currently. It has a 4xcore design, with two of them being high performance cores and other two being high efficient ones. This results in a powerful performance at lowest power consumption in this device. It also has 2GB of RAM. The smartphone runs on iOS v10. Camera and Storage This iPhone comes with 12MP camera on the back, that has an aperture of f/1.8 along with quad-colour LED flash along with optical image stabilization and back-illuminated sensor. It also packs a 7MP camera on the front with retina flash, back-illuminated sensor (BSI) and has an aperture of f/2.2. For storing your data, the smartphone offers internal storage capacities of 32GB, 128GB or a huge 256GB - all of which are non-expandable. Connectivity and Battery Connectivity options available in this device are 4G, dual band Wi-Fi, hotspot tethering, Bluetooth v4.2, GPS with A-GPS, Glonass, NFC and USB 2.0.

Sensors present in this phone are light, proximity, accelerometer, compass, gyroscope, barometer and a fingerprint sensor positioned on the front. Power required to keep this device running is supplied by 1,960mAh li-ion battery. The Apple iPhone 7 Plus is recommended for its Brilliant Display, Powerful Performance, Impressive Cameras, Water and dust Resistant. However, beware of its lack dual SIM and non -expandable storage.