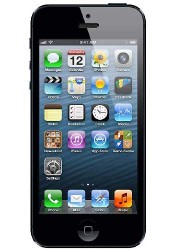 SellCompare compares prices from ALL the leading device recyclers in the UK, so you'll get the highest price for your Apple iPhone 5 16GB - guaranteed. We do all the hard work by collating 1000s of recycling and resell prices every few hours, so you don't have to check each website individually.

Be quick! Next month's average trade-in price is predicted to be -11% less.
Recycler
Payout
Method
Returns?
Freepost?
You get

The trade-in price history of iPhone 5 16GB generally shows a decline. In other words, the used prices of this device are dropping as newer models come to market. It is only very rarely that a second-hand electrical device will increase in price; this usually happens for example if it's a collector's item. Therefore if you are looking to sell your iPhone 5 16GB then it probably makes sense to do it sooner rather than later - before the next price drop.

At it's time of release, the iPhone 5 was considered the best iPhone yet. And after many months of speculation following the release of the iPhone 4S, Apple fans were not disappointed. The iPhone 5 is the sixth generation of iPhone, and although is considered obsolete by Apple today, it's still a highly popular smartphone and has plenty of useful features.

The iPhone 5 was probably the most popular iPhone to date in terms of design. When you first pick it up the first thing you notice is how light it is in the hand compared to other smartphones from the same era - especially Android devices. The chassis has been designed for strength, so despite being light it still feels solid in the hand. One of the best things about the size and weight of the iPhone 5 is how well it fits into almost any pocket. This is a feature that seems to have been long forgotten in the world of smartphones. The iPhone 5 was the first iPhone to be able to facilitate a 4-inch screen, and as a result it is slightly taller than the previous version of the iPhone. Despite this, it's still easy to navigate around the phone while using one hand - a desirable feature on any phone. The materials themselves are tough which means that you're likely to do less damage in the unlikely event that you drop your phone on the floor.

One of the main selling points of the iPhone 5 after the design was the performance. For such a small smartphone, it certainly packed a punch. In addition to the 4-inch retina display, the iPhone 5 was the first device to feature the Apple A6 processor, which offered twice the performance of the previous A5 chip.

In addition to a revamped processor, the iPhone 5 also had a great arsenal of cameras. Like previous iPhones, the iPhone 5 featured two different cameras - one on the back and one on the front. The rear camera was capable of taking 8-megapixel photos, which is still considered as a good quality photo today. And thanks to the brand new A6 chip that the iPhone 5 featured, it meant that the camera could sport Apple's new Sapphire lens. According to Apple, photos captured with this technology are more faithful to the true colours of the original image and are captured up to 40% faster. They are also supposed to be clearer in low-light situations. The iPhone 5 was also the first iPhone to support he panoramic photo function, which - using software - is able to take panoramic photos of up to 28 megapixels in size. The front camera was also substantially improved over the front camera on the iPhone 4S. The front facing camera on the iPhone 5 can take 1.2-megapixel photos in 720p HD.

In addition to the software upgrade and much improved camera, the iPhone 5 was also the first iPhone to see the following features:

Overall, the iPhone 5 was a giant leap forward in terms of both performance and design for the iPhone. As a result, over 8 million iPhones were sold in the three days after it was launched, and in total over 70 million have been sold worldwide.

How to sell your iPhone 5 16GB with SellCompare:

Selling your iPhone 5 16GB is easy and is possible in 3 steps. Within a few days (or less) you will have received your payout and the money will be in your bank. Why leave old gadgets to rot in your drawer when you can easily get cash for them today?

To sell your iPhone 5 16GB for cash right now, follow these easy steps:

Mobile Cash Mate, musicMagpie and several other recyclers will pay you £43.00 for your used iPhone 5 16GB.

Screen scratched? No battery? No problem! Most, if not all, of the websites we compare will buy a device regardless of its condition. If you aren't sure on the 'grading' of your iPhone 5 16GB then take the 30 second questionnaire above for an accurate price based on your specific handset.

Can I sell my faulty/damaged iPhone 5 16GB for cash?

Yes! If you want to grade your device yourself then, according to our internal research, most people will need to select Working condition if they have previously used a screen protector. If you did not use a screen protector and the screen has some hairline / small scratches then SellCompare suggests Minor damage condition. Always check on the recyclers website that your condition matches the reality when trading in your iPhone 5 16GB - this is very important, as every recycler has different grading policies.

How many iPhone 5 16GBs can I sell in total?

It is a very simple process, once you have decided which Recycler you're going to use, all you need to do is add your iPhone 5 16GB to the basket on their website and complete their checkout process to place a return request. Note that you deal directly with the recycling company when selling your iPhone 5 16GB, SellCompare simply compares prices from several leading trade-in companies. If you are concerned about accuracy of the prices quoted - then don't be! SellCompare compares over 500 prices 6 times a day for the best accuracy possible. If you spot a pricing error please contact the development team via the form here, if confirmed SellCompare will provide you with a fre £25 Amazon.co.uk gift certificate.

Recycling websites like Mobile Cash Mate, Giffgaff Recycle, O2 Recycle, EE Recycle, musicMagpie and many more! In fact SellCompare compares over 30 of these websites, who offer online trade-ins for iPhone 5 16GB depending on its condition.

If you aren't sure on your device's condition then take the 30 second questionnaire. You can get up to £43.00 online if you recycle it right now. The highest-quoting company usually has a large demand for these secondhand/used, damaged or even faulty iPhone 5 16GB handsets, but be warned: prices do not stick around forever, and can update several times in the same 24 hour period! So if you are considering trading in your device, in all likelihood the price will only go lower from the one you see right now.