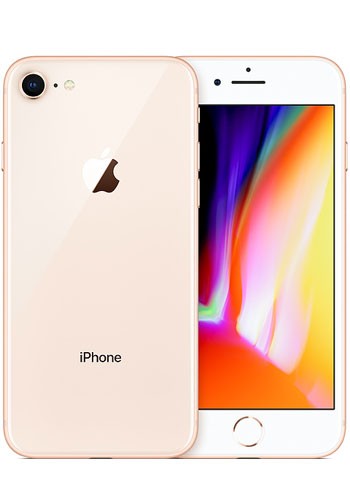 SellCompare compares prices from ALL the leading device recyclers in the UK, so you'll get the highest price for your Apple iPhone 8 64GB - guaranteed. We do all the hard work by collating 1000s of recycling and resell prices every few hours, so you don't have to check each website individually.

Want to cop a new Apple iPhone 8 64GB on monthly contract? Compare the best deals at oneCompare. We've got your back!

Be quick! Next month's average trade-in price is predicted to be -7% less.
Recommended

The trade-in price history of iPhone 8 64GB generally shows a decline. In other words, the used prices of this device are dropping as newer models come to market. It is only very rarely that a second-hand electrical device will increase in price; this usually happens for example if it's a collector's item. Therefore if you are looking to sell your iPhone 8 64GB then it probably makes sense to do it sooner rather than later - before the next price drop.

The iPhone 8 is Appleâ€™s succession to the iPhone, and was released on 22nd September, 2017, after being announced alongside the high-end iPhone X on 12th September.

The release of the iPhone 8 was met with both praise and criticism. The fact that the phone has the ability for wireless charging and a much faster Apple A11 Bionic system-on-chip, was well received. The new chip features two cores that are 25% faster than the previous A10 chip, and four cores that are 70% faster than the A10 chip. The iPhone 8 is also the first to feature the new graphics processing unit, which is 30% faster than previous units. They also offer the same level of performance of the A10 while only using half of the power.

The display on the iPhone 8 is also much improved over the previous generation of iPhone. Although it retains the Retina HD display found in the iPhone 7, the display now features True Tone technology which automatically adjusts the screen based on surrounding ambient lighting.

The most significant criticism of the iPhone 8 was of the ageing design. Despite the design being similar to that of the previous models of iPhone, the iPhone 8 features a glass back instead of the complete aluminium housing which was found on the 6th and 7th generations of iPhone. The glass back enables the use of Qi-standard wireless charging. And unlike the glass that was featured on the much older 4th generation of iPhone, the glass on the reverse of the iPhone 8 has an internal laser-welded steel and copper structure, which is considerably more durable. The iPhone 8 is also rated IP67 for water resistance â€“ a design factor that Apple have been somewhat slower to implement than their competitors. The iPhone 8 has quite a poor repairability score â€“ scoring just 6 out of 10. The reason for this is largely due to the fact that an excessive amount of glue is used for the battery and for the glass on the back of the phone.

The iPhone 8 was released with a choice of three colours â€“ silver, gold and Space Grey. In April 2018, Apple introduced a special edition version which was red with a black front. The 8th generation of iPhone is available in a choice of two storage capacities â€“ 64GB and 256GB.

If you want to buy a new iPhone 8 then we recommend OneCompare or Carphone Warehouse to compare deals first.

How to sell your iPhone 8 64GB with SellCompare:

Selling your iPhone 8 64GB is easy and is possible in 3 steps. Within a few days (or less) you will have received your payout and the money will be in your bank. Why leave old gadgets to rot in your drawer when you can easily get cash for them today?

To sell your iPhone 8 64GB for cash right now, follow these easy steps:

Mobile Cash Mate, musicMagpie and several other recyclers will pay you £260.00 for your used iPhone 8 64GB.

Screen scratched? No battery? No problem! Most, if not all, of the websites we compare will buy a device regardless of its condition. If you aren't sure on the 'grading' of your iPhone 8 64GB then take the 30 second questionnaire above for an accurate price based on your specific handset.

Can I sell my faulty/damaged iPhone 8 64GB for cash?

Yes! If you want to grade your device yourself then, according to our internal research, most people will need to select Working condition if they have previously used a screen protector. If you did not use a screen protector and the screen has some hairline / small scratches then SellCompare suggests Minor damage condition. Always check on the recyclers website that your condition matches the reality when trading in your iPhone 8 64GB - this is very important, as every recycler has different grading policies.

How many iPhone 8 64GBs can I sell in total?

It is a very simple process, once you have decided which Recycler you're going to use, all you need to do is add your iPhone 8 64GB to the basket on their website and complete their checkout process to place a return request. Note that you deal directly with the recycling company when selling your iPhone 8 64GB, SellCompare simply compares prices from several leading trade-in companies. If you are concerned about accuracy of the prices quoted - then don't be! SellCompare compares over 500 prices 6 times a day for the best accuracy possible. If you spot a pricing error please contact the development team via the form here, if confirmed SellCompare will provide you with a fre £25 Amazon.co.uk gift certificate.

Recycling websites like Mobile Cash Mate, Giffgaff Recycle, O2 Recycle, EE Recycle, musicMagpie and many more! In fact SellCompare compares over 30 of these websites, who offer online trade-ins for iPhone 8 64GB depending on its condition.

If you aren't sure on your device's condition then take the 30 second questionnaire. You can get up to £260.00 online if you recycle it right now. The highest-quoting company usually has a large demand for these secondhand/used, damaged or even faulty iPhone 8 64GB handsets, but be warned: prices do not stick around forever, and can update several times in the same 24 hour period! So if you are considering trading in your device, in all likelihood the price will only go lower from the one you see right now.