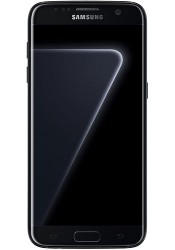 SellCompare compares prices from ALL the leading device recyclers in the UK, so you'll get the highest price for your Samsung Galaxy S7 Edge 64GB - guaranteed. We do all the hard work by collating 1000s of recycling and resell prices every few hours, so you don't have to check each website individually.

The ï»¿Samsung Galaxy S7 Edge was launched all the way back in February 2016 in the UK, but it's definitely stood the test of time. In fact it's still one of the most popular phones to refurb and buy again, so if you've got one that's feeling a bit long in the tooth, be sure to sell it for cash.

Here at SellCompare we make sure to check all the biggest recycling gadget websites, to make sure our prices are as accurate as possible. And it makes sense for you to get the most bang for your buck - why bother selling it on eBay and dealing with time-wasters?

Sensors on the phone include Compass Magnetometer, Proximity sensor, Accelerometer, Ambient light sensor, Gyroscope and Barometer.DesignKnowing that youâ€™ll be spending a huge amount of time with the Galaxy S7 edge, they went great lengths to create unprecedented lines that are beautifully smooth and solid. They spent a long time perfecting the curves of the Galaxy S7 edge. Using a proprietary process called 3D Thermoforming, they melded 3D glass to curve with such precision that it meets the curved metal alloy to create an exquisitely seamless and strong unibody.

The dual-curve backs on the Galaxy S7 edge are the reason why they feel so comfortable when you hold them. Everything about the design, from the naturally flowing lines to the thin form factor, come together to deliver a grip that's so satisfying, you won't want to let go.With the Galaxy S7 edge, you don't have to worry about putting your phone down on wet surfaces. You can carry on using it even after dropping it in water. You can play games by the pool, post selfies at the beach and call for a cab in the rain.

They've been awarded the IP (Ingress Protection) rating of 68.CameraMany of the most photographable moments of our lives happen when there's not enough light. We're either indoors or the sun has set.

With the Galaxy S7 edge that won't be a problem. The brighter F1.7 lens and larger 1.4Âµm pixels on the image sensor capture so much more light that your photos come out sharp and detailed.Each and every one of the pixels on the image sensor has two photo-diodes instead of one, meaning the professional-grade Dual Pixel Sensor can focus as quickly and as accurately as you would with your own eyes.Every single pixel on the Dual Pixel Sensor is used for phase detection, enabling autofocus that's so incredibly fast and seamless that even the most sudden movements are caught in the act, even when the light starts to fade.

For the first time, you can capture sweeping movements in panoramas with motion. The panorama still captured at the same time is a seamless, stitched sequence of the clearest frames from the motion version. To relive the moment, all you have to do is swipe the screen or pan your Galaxy S7 and S7 edge sideways.Moreover, Motion Photo captures the three beautiful seconds that happen before you press the shutter. You can also choose which moment you want to preserve as the still photo.Highlight certain parts of your face and make your features stand out by turning on Spotlight in Beauty Mode. The strength and direction of the spotlight can be adjusted for different effects.

Mobile gaming just got a whole lot better with a dedicated game control center and gameplay recording. And with the Galaxy S7 and S7 edge's powerful processor, it just got highly realistic.Hardware Running on powerful processors, Galaxy S7 and S7 edge run smooth and fast, handling every bit of the additional data on your microSD card with confidence. And even with the bigger battery, chargingâ€™s still fast.

The Galaxy S7 edge goes everywhere you go. In the rain, the shower, or the pool for up to 30 minutes in a depth of 1.5 m or below.

So it's inevitable that it will get damaged. Water damage is prettty terminal to a phone, and most buyers will not touch it. So if your Galaxy S7 edge has water damage it's definitely a good idea to select it as "Broken" condition above.

Sell it for cash

To sell your old Galaxy s7 edge for cash, check the quotes in the table above. We update it as much as possible with accurate prices - from the likes of Mazuma Mobile, Carphone Warehouse, Handtek and more. Get the MAXIMUM cash payout by comparing used prices first...

How to sell your Galaxy S7 Edge 64GB with SellCompare:

Selling your Galaxy S7 Edge 64GB is easy and is possible in 3 steps. Within a few days (or less) you will have received your payout and the money will be in your bank. Why leave old gadgets to rot in your drawer when you can easily get cash for them today?

How much can you sell a Galaxy S7 Edge 64GB for?

Mobile Cash Mate, musicMagpie and several other recyclers will pay you £190.00 for your used Galaxy S7 Edge 64GB.

Screen scratched? No battery? No problem! Most, if not all, of the websites we compare will buy a device regardless of its condition. If you aren't sure on the 'grading' of your Galaxy S7 Edge 64GB then take the 30 second questionnaire above for an accurate price based on your specific handset.

Can I sell my faulty/damaged Galaxy S7 Edge 64GB for cash?

Yes! If you want to grade your device yourself then, according to our internal research, most people will need to select Working condition if they have previously used a screen protector. If you did not use a screen protector and the screen has some hairline / small scratches then SellCompare suggests Minor damage condition. Always check on the recyclers website that your condition matches the reality when trading in your Galaxy S7 Edge 64GB - this is very important, as every recycler has different grading policies.

How many Galaxy S7 Edge 64GBs can I sell in total?

It is a very simple process, once you have decided which Recycler you're going to use, all you need to do is add your Galaxy S7 Edge 64GB to the basket on their website and complete their checkout process to place a return request. Note that you deal directly with the recycling company when selling your Galaxy S7 Edge 64GB, SellCompare simply compares prices from several leading trade-in companies. If you are concerned about accuracy of the prices quoted - then don't be! SellCompare compares over 500 prices 6 times a day for the best accuracy possible. If you spot a pricing error please contact the development team via the form here, if confirmed SellCompare will provide you with a fre £25 Amazon.co.uk gift certificate.

Recycling websites like Mobile Cash Mate, Giffgaff Recycle, O2 Recycle, EE Recycle, musicMagpie and many more! In fact SellCompare compares over 30 of these websites, who offer online trade-ins for Galaxy S7 Edge 64GB depending on its condition.

If you aren't sure on your device's condition then take the 30 second questionnaire. You can get up to £190.00 online if you recycle it right now. The highest-quoting company usually has a large demand for these secondhand/used, damaged or even faulty Galaxy S7 Edge 64GB handsets, but be warned: prices do not stick around forever, and can update several times in the same 24 hour period! So if you are considering trading in your device, in all likelihood the price will only go lower from the one you see right now.