Google have now launched their latest operating system. The free upgrade – named Pie – is currently being rolled out to all compatible devices. Pie features brand new Artificial Intelligence, which promises to make your Android smartphone even smarter. It also simplifies things and makes your smartphone experience more personal.

The Pie software features predictive functions. This means your smartphone will be able to learn more about you the more that you use it. Once it gets to know you, it will be able to predict your actions. Enabling you to complete tasks quicker than ever before. 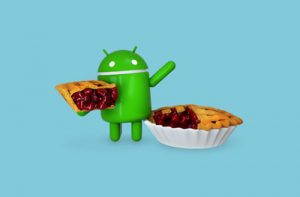 The new self-learning operating system also offers an adaptive battery feature. This feature is able to prioritise battery power for the apps that you use the most. Adaptive brightness allows you to set the brightness in different applications. The phone will adopt these settings automatically when you open the app.

The Pie operating system is available already for some users, but a new Slices feature is being released before then end of the year. Slices aims to show relevant information from it’s users favourite apps whenever they need it to. For example, starting to type Uber into Google search will show a slice of the Uber app, with relevant information such as prices for a lift home from your current location and the driver’s ETA.

As well as Slices, Google have introduced a new navigation feature that has a single home button. The reason for the integration of this feature is due to the fact that smartphone are becoming taller. Taller smartphones are more difficult to navigate with one hand.

With a single button, users can swipe up to see an overview, which will give full screen previews of recently used apps. You can then swipe up from anywhere and tap to jump back into any app you want.

Google have also re-designed and simplified the Quick Settings feature. This has resulted in simplified volume controls, a better way to take and edit screenshots and an even easier way to manage notifications. They have also beefed up security, better protecting sensitive data like credit card information using a dedicated secure chip.

Android Pie has already began rolling out to Google Pixel phones, and most devices that participated in the beta program will receive their update by the end of Autumn.