Back in the day, Nokia was the undisputed bestseller of mobile phones in Europe. However, with the advent of smartphones (the iPhone and Samsung Galaxy in particular), Nokia lost it’s top spot and struggled to keep up with the demands of the ever-changing gadget industry.

For quite a while we had all forgotten about Nokia. And just when it seemed that they would never make a comeback, here they are announcing the release of the Nokia 2. But that’s not all. At the Mobile World Congress in Barcelona at the end of last month, Nokia unveiled four more interesting phones. There hasn’t been too much information released about them yet. Here’s what we do know about the new offerings from the old favourite. 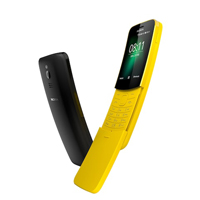 The Nokia 8810 may sound familiar, and that’s because it was famously features in the film, The Matrix. The curved, slide phone design was released over 20 years ago now, so Nokia decided that it was time for a reincarnation. It will be available in two colours – black and yellow. It will run on 4G and although it will not be considered as a powerful phone by today’s standards, it should be sufficient for people who just want to make calls and send text messages, as well as use social media. And for those who are wondering, yes it will come pre-loaded with the famous game, Snake. The Nokia 8810 will be prices at £70, making it a great value phone that ‘is what it is’, and doesn’t do anything particularly fancy.

The Nokia 1 is also a solution for those who just want a basic mobile phone. With just 1GB of RAM and 8GB of memory, this phone will run Android Oreo (Go Edition), and will come preloaded with apps such as Google Maps. It will have a 4 inch screen which will be fine for viewing photos – and is capable of taking 5 year old quality snaps with it’s 5MP rear camera and 2MP selfie camera. Although nothing on par with the flagship handsets of today, it’s more than enough for anyone who wants a basic smartphone that offers good value for money. Although Nokia haven’t yet announced the UK pricing, we predict that the Nokia 1 will cost around £70. 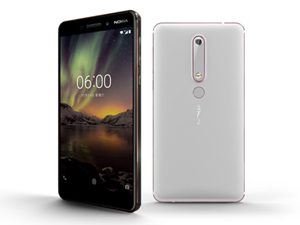 Nokia released a Nokia 6 last year and it was a decent mid-range smartphone. This year they have upgraded it to something a bit better. The 2018 Nokia 6 comes with a Snapdragon 630 processor and 4GB of RAM. Supposedly this makes it perform 60% better than the previous model of the Nokia 6. It will come with a 5.5 inch full-HD display, with a 16MB camera on the back and 8MP for selfies. This makes it stand up to most of it’s competitors in terms of the camera. It also has a dual-sight mode which allows users to capture video with both cameras at the same time. All of this at the mid-range smartphone price of £245. 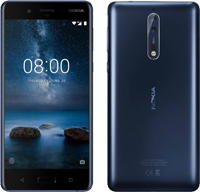 The Nokia 8 Sirocco is the flagship smartphone for Nokia in 2018. It seems like a great option for a not-so-hefty price tag. For £650 you will get what Nokia are describing as one of the fastest smartphones ever made, which has a Snapdragon 8356 processor. This will run well with it’s 6GB of RAM, and 128GB of memory. The Nokia 8 Sirocco will also feature wireless charging, which can give the phone half charge in just 30 minutes. It will also feature a curved, 5.5 inch QHD pOLED screen protected with Gorilla Glass 5.

Nokia managed to sell more mobile phones than any other company apart from Apple and Samsung in 2017, and with five new phones announced recently, it seems as though Nokia is coming back with a vengeance.

One response to “Nokia make a Comeback with 4 New Smartphones”