Selling your phone? Then compare quotes from 28 recyclers and get paid cash today to sell my Apple iPhone 6 Plus 128GB. Sort by reviews, payouts, returns policies and more! 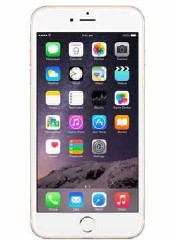 Sell Compare checks prices from leading gadget recyclers in the UK, so you'll get the highest price for your Apple iPhone 6 Plus 128GB if you sell today. We do all the hard work by collating 1000s of recycling / resell prices every few hours, so you don't have to check each website individually.

About selling your Apple iPhone 6 Plus 128GB – prices, trade-in, reviews

FAQs for Apple iPhone 6 Plus 128GB

Yes, you can! Regardless of its condition you can sell your iPhone 6 Plus for cash. The better the condition, the more cash paid.

The amount that your iPhone 6 Plus is worth will depend on its condition. If it's been well looked after then it should be worth around £70. If it has a bit of wear and tear, then it's probably worth around £45.

It's easy to sell your iPhone 6 Plus. We've compared the best offers from the UK's leading phone buyers so all you need to do is pick the best offer from this page. You will then be taken to the buyer's website where you'll be able to complete the process.